Murder by any other name 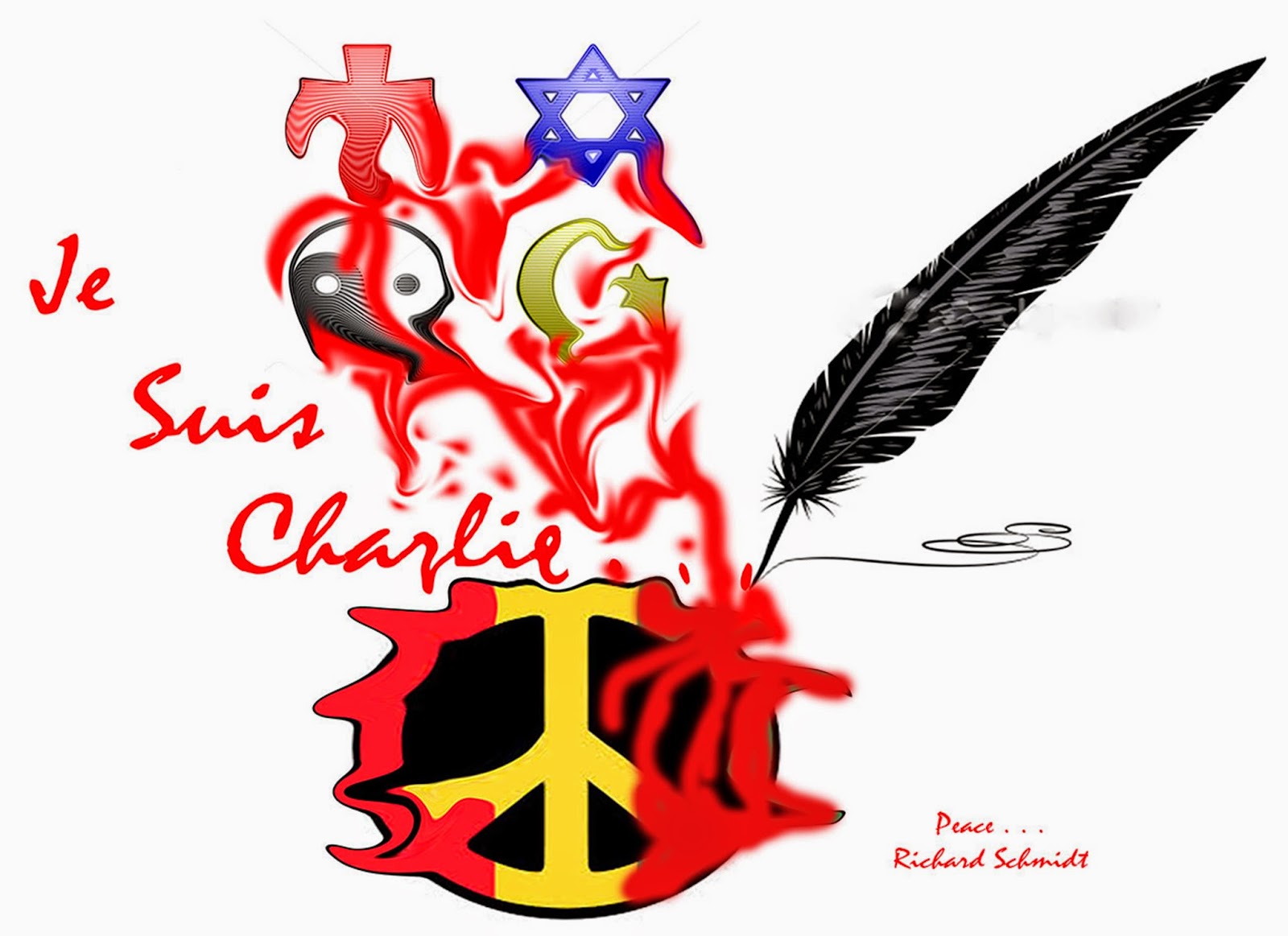 Je suis Charlie . . . it came so readily to the fore, after some crazed gunmen assassinated cartoonists at Charlie Hebdo, and at a Jewish business in Paris. Islamic terrorists are identified as the perpetrators.
So, now, when a crazed gunman assassinates three beautiful, young students in Chapel Hill, North Carolina, we are left with . . . oh it was a dispute over parking spaces.
Hmmm . . . really?? He assassinated three young students because he was pissed about their parking habits???
Why does that explanation ring hollow?
And he was, we are told, an anti-theist, which as I best understand it, is a militant step beyond just being an atheist.  Wiki speaks to the definition thusly, “The Oxford English Dictionary defines antitheist as "One opposed to belief in the existence of a god". The earliest citation given for this meaning dates from 1833. An antitheist may oppose belief in the existence of any god or gods, and not merely one in particular. Antitheism has been adopted as a label by those who regard theism as dangerous or destructive. Christopher Hitchens offers an example of this approach in Letters to a Young Contrarian (2001), in which he writes: "I'm not even an atheist so much as I am an antitheist; I not only maintain that all religions are versions of the same untruth, but I hold that the influence of churches, and the effect of religious belief, is positively harmful.
So, some degree of militancy is involved here.  And, as a result, the media has begun insisting that “atheists” share a role in this despicable killing.
Seems to me that atheists are not the issue here. Atheists simply avow that there is no God. They do not, as a rule, set out to purge the world violently of religious believers.  Mostly, from what I observe, atheists use ridicule and other forms of argument to set themselves apart. Guns seem rarely (never?) a means to their end.
Now, anti-theists could, I suppose, be a different kettle of fish, since they appear to hold antagonistic views, which could arguably turn violent.
But I have begun thinking of this awful killing spree as maybe one more example of what I now choose to call, “NRA-Terrorism”.  The NRA seems vaguely crazed on this issue of gun control (of which we have  nearly none). They seem terrified that someone is coming for their guns, despite all evidence to the contrary.
The shooter, in this case, seems to be a troubled person, who was heavily armed, to the point, I think, of obsession.  Perhaps, he began believing that guns were his solution of first resort to any dispute.  If he was a heavily armed person, who was actively opposed to religion of any sort, and he was being annoyed by his neighbors, some of whom were of the Islamic persuasion, how better to resolve his anger than by selecting the folks most obviously religious, because of their dress code.  That those people were non-violent, peaceful folks just trying to get an education so as to better their lives, was obviously irrelevant to this thoughtless, dangerous, angry man. Did NRA have anything to do with this killing? Well, maybe . . . maybe not . . . perhaps as much as Islam had to do with the Charlie Hebdo killings.
Just a thought.
Posted by artful notes at 4:28 PM No comments:

An Open Letter to Jon Stewart, on his Announced Retirement:

Dear Mr. Stewart,
I am not sure where to begin . . . except, maybe, we are deeply touched by your willingness over these past 17 years to speak truth to power, instead of having dinner with your family. We (most of your public) don’t really think about such things as your family life while we are being informed/entertained by you and your talented cast of crazy characters.

When Bill Moyers left his post at the Bill Moyers Hour, we were sad . . . very sad.  He was one of the only sources of truth left on the air. Moyers was honest, thoughtful and fair in his presentation of the stories that matter. I told him so, and thanked him.

You are a special case, though, even more special than Bill Moyers. With you, we get not only a sense of what stories we should be thinking about, but why we should be outraged. You speak for us . . . all of us mere mortals who have no access to power, but who still think.

And, I should note for you that, we (my wife and I) do not fall within your normal viewership of 18-29 somethings. No, we left that land long, long ago. I recently passed by my 41st 39th birthday (gotta love Jack Benny) and my wife just completed her 40th . . . 39th birthday.  But, despite our advanced age, we sit glued to the TV, watching you skewer the rich and powerful. Your cast and spinoffs (Colbert, Wilmore) support your concept magnificently and all add to our viewing pleasure.

Every time some idiot passes from the scene (Shrub comes to mind), we ask ourselves, “what will Jon do now?” But, there is always Rupert and the Faux News Network, isn’t there?  That group of slimebags will likely always be around as targets of scorn.  And thanks for that, Mr. Stewart.

So, we await with some great expectation how you and your network guys plan to replace you with someone(s) equally as grand, creative, and brilliantly sarcastic

Thank you sir. You have enriched our lives, even as we roar down our path to oblivion. Thanks for keeping us laughing. It’s harder each year to laugh, as our world gets crazier, more dangerous, and less caring. We know now that life really is all about money. If you don’t have lots of it (and we don’t) you don’t matter. We know that. But you have spoken to and for us anyway. So thank you. You will be missed.  We thought you should know.
Posted by artful notes at 12:29 PM No comments:

I have been trying to work out the republican strategy for America, if there is one. It has been a tough slog, but I think I’m approaching an approximation.

First, of course would be, what is their long range goal? Well, one goal seems to be the elimination of the middle class. That is the biggie, but there may be others, for example, securing the wealth of the 0.1%, their owners.

Now, on the middle class, what created the middle class? Because, if you’re going to eliminate that class, it would be helpful to know what created it. First and foremost, I would guess is the public school system. Yep, give everyone a pretty good education and they will begin learning how to cope, building a better economic life for themselves.  So, the first target should be the public school system.  So, how are we doing on that, and what might be the strategic approach to its elimination?

Well, the first thing would be to create some kind of chaos in that system, to get parents all up in arms. So, first, you freeze or even reduce the salaries of teachers, making the teachers unhappy—hopefully unhappy enough to leave. Over a couple of years, you begin to see the system crumbling—see Charlotte-Mecklinburg under Dr. Pete and his clone Mr. Morrisson.  Suddenly, a system that was pretty well respected with schools ranked high nationally (see Myers Park) suddenly dropping into the toilet of rankings.
Little by little, you begin to see parents becoming unhappy with that system. But, and this is a big BUT . . . most parents can’t afford to send their kids to private schools. What to do, what to do? Well, I’ve got it, you create a system of fake public schools and pretend they’re like private schools, and you call them “charter schools”.  Yeah, so first, the new system of fake public schools.

What’s next? Well, the fake publics—the charters—begin to fail, as they would inevitably. You know, they have unqualified faculty and little in the way of facilities, no libraries, or gyms, and stuff.  So, the parents continue to be unhappy.

Now, the next step is true genius. You create fake charter schools—yeah . . . for-profit, on-line “charters”.  And you begin to send the kids to these fake-fake publics.  Well, actually, you don’t send them anywhere. They just stay at home and go on-line.  So, no big facilities, few “teachers”, lower costs.   Then, next step, how to grade? Well, you subdivide the kids by zip code. You rate each zip code by average income level, and you adopt a grading curve system. And you just assign grades randomly, using the zip code income levels as the guiding principle—with the upper income zips getting the higher grades.

Then, onto the next stage. As parents become even more fed up with the on-line system, you return to  . . . TEXTBOOKS. Yeah, you create a new textbook publishing firm that makes textbooks that will guide the kids while at home—home schooling is now the last option.  And you create a text book for each grade—Fourth Grade is a textbook.  And the kids have to read it, and send in their work—yeah, you require work—to a central place—actually to the same folks who created the textbooks. Then you use the same zip code grading system . . . so kids won’t get confused.

Finally, the last stage, you adopt a fully libertarian (see Rand Paul) education system. All parents are free to educate their kids however they please (sort of like the republican strategy for vaccination, hand washing and other public health issues).

And, then like allowing a thousand flowers to bloom, each family will grow and prosper as it wishes. If they don’t wish to prosper, that’s their choice.  The perfect society.
So, let a thousand flowers bloom folks. The republicans have decreed that everyone should be happy.